Home Gambling Why Are There 2 Darts World Championships

The main reason why sports are so popular is that they bond people, as even though there is some competitiveness, the biggest role of it all is about great sportsmanship and health. Now, there are opposite opinions regarding whether certain sports should be called sports at all, and this is mostly about the Esport industry, the blooming one in the past couple of years, as people often argue about the point of it all. Yes, it all started way, way back, but in essence, the sport is there to promote good behavior, build character, introduce strategic thinking, enhance leadership skills, and even work on risk-taking, which Esport surely is. But, we are not here to talk or defend Esports, as we are here to talk about a wonderful game and even greater competition, the darts World Championships.

Depending on how you look at this game, there are two sides and versions, where the modern version is neither new nor old, as it was first invented in the UK in 1896. It all started from here, but many argue how darts were played much before by soldiers, and it was something quite popular in the military overall. Now, even though this is true, probably the best way to describe Darts is to say that the concept dates back to the middle ages, as soldiers used it for practice, but the modern version dates to the beginning of the 20th century. Now, since we have settled this, let’s focus on the main question regarding the two World Championship tournaments.

How did it all start?

Let’s start by stating how this is something that is still new for older viewers as it wasn’t like that from the beginning, and even the newbies are not usually entirely aware of how it got to this point. Namely, all professional players were playing in the same championship and tried to win the title of the best one before 1993. This year was when it all went sideways, in terms of confusion, as there are many reasons why something that should bond people, as Darts surely is, became more of an obstacle than anything else.

Now, the main reason for this change is the television coverage, and although it seems like something that could have been solved in a much better way, the reality is different.

Yes, money can cause problems, even in sports that are globally popular like football, as we all know how big of a difference is between the top four football leagues in Europe, where the Premier League is a dominant one, and others, even La Liga with Barcelona and Real, couldn’t compete with PL.

As for darts, big television companies decreased the coverage of this championship, which made players pretty annoyed since it was one of the best ways to earn some extra money and some pretty awards. Speaking of extra money, the amount they have got from the television companies was so high that their families could live a luxurious life without any additional earnings.

The first thing you need to know in order to understand all of this better is that it was a time of confusion, dissatisfaction, and even panic. When it became pretty obvious the whole problem would not be easily solved, the sixteen best players decided to make a new Championship and break all the connections with the one they used to play.

They have decided to stop playing the BDO (British Darts Organization) Championship, which they have used to play until 1993, and create something entirely new, their own new professional organization. Of course, as they were already part of such an organization, this decision was not welcomed nicely, and the whole association has not stayed indifferent to that situation, and they decided to ban these players and sanction them from all events, including the exhibition matches.

That should have been a huge step backward for their careers, and fans, in general, were not satisfied with this action, as they thought that the entire league and every tournament would suffer when the best players couldn’t and would not play. Anyways, and even though this could have been a big blow to their careers, players decided to form their own tournament. As you could probably guess, all of this eventually led to legal issues, courts, accusations, etc., but after some time, the situation was solved in probably the best possible manner as it was decided that in the future, the players could choose which championship they wanted to play in.

As for the reasons for canceling the broadcast in the first place, one of the biggest, as TV stations have stated, is that it was a pretty popular game in pubs around the UK. Because of that, players were used to smoking cigarettes and drinking alcoholic drinks while playing, which definitely did not look nice on national television. Of course, it was just one of the reasons, as televisions did not get as much money as they planned from that tournament, so they simply decided to quit. The organization tried its best and even added certain changes to make the games much more suitable for viewers of all ages by forbidding alcoholic drinks, but it was too late to save the sponsors and tv companies to cover it.

The tradition vs. modernity

If we compare these two World Championships, we will see that BDO is still more traditional, with the same month in which it takes place (January) and with a less lavish atmosphere. On the other side, PDC is much different, modern, and extravagant with popular promoters, a glorious place, and an amazing atmosphere. It is a show which includes beautiful girls in luxurious dresses, the best alcoholic drinks and amazing music performances with great dancers.

Although different, these championships have one thing in common, darts, and because of that, many fans are happy to watch two instead of one tournament. Luckily, for all of us who are darts enthusiasts and fans, we can now enjoy and pick the version which we like more, and to make it even more interesting, you can also bet on darts, and you can find information on this subject here. 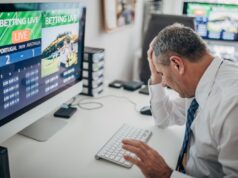 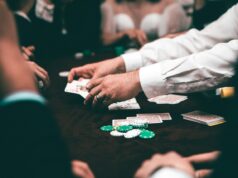