Home Tips Why Do You Need a VPN for AT&T?

If you’re not careful, browsing on the internet can expose your personal information to a few major risks. For example, AT&T can throttle your internet, just because you’re using “too much” data.

But this is just one possibility. Surfing online can expose you to a few other risks – like getting targeted by Distributed Denial-of-Service attacks or phishing scams. To protect yourself online from all these dangers, you can use a Virtual Private Network (VPN) that can help you hide your online identity.

How Can a VPN Protect You while Browsing on the Internet?

A VPN can do 2 things: hide your IP address and encrypt your traffic.

When you’re surfing on the internet, the traffic travels in small data packets from your device to the website you’re accessing, and back to your device. This constant communication means that AT&T can see what you’re doing on the internet and that websites can see your location (city or ZIP code) based on your IP address.

The IP address is a unique combination of numbers assigned to your device by AT&T. So that’s why it’s fairly easy for AT&T to know who is doing what on the internet and throttle their bandwidth accordingly.

When you’re connecting to a VPN server, your traffic is rerouted through that server. This way, your IP address is changed with a new one, so no one can see your actual location anymore.

For example, let’s say you’re in the US and you want to access Facebook. If you are connected to a VPN server located in Spain, Facebook won’t know that you’re actually from the US. All they’ll know is that someone from Spain is trying to log on to their platform.

Besides that, once you’re connected to a VPN server, AT&T won’t know what you’re doing on the internet anymore. And that’s because the VPN also encrypts the traffic. So AT&T won’t know you’re browsing Facebook or gaming online.

Even more, if they even try to spy on you, all they can see is gibberish – random strings of numbers, letters, and special characters.

4 Great Advantages of Using a VPN for AT&T

Here’s a list of the main advantages of using a VPN on your home network:

AT&T decided to remove high-speed data throttling, but only if you have the most expensive unlimited plan.

However, getting their Unlimited Elite plan doesn’t mean you’re safe from bandwidth throttling until recently. And that’s because even if you’re getting the priciest plan to have 100GB of data, AT&T will still throttle your speed after you hit that limit. But finally, AT&T decided to take a step in the right direction. Meanwhile, all the other regular users will still be susceptible to bandwidth throttling.

But using a VPN reduces this risk considerably. That’s because usually, an internet service provider (ISP) can’t reduce all of your data out of nowhere. Most of the time, they’ll just reduce the traffic for a certain service you’re using “too much”.

Since a VPN encrypts your traffic, AT&T can’t see what you’re doing so they can’t stop it. Of course, if they really want to throttle your speeds, they’ll do it anyway. So they won’t just slow down your speeds for a certain service – they’ll slow down your entire internet connection. In that case, do yourself a favor and change your ISP.

Distributed Denial-of-Service attackers search for your IP address and use it to flood your bandwidth with so much unwanted data until the network is overwhelmed and you’re left with no Internet for a few hours. In many cases, they ask you for money to stop their DDoS attacks.

Your IP address can give away a lot of information about you – like the city you’re living in, the postal code, or your ISP. By keeping your identity anonymous, you are safe from phishing scams, privacy intrusions, or harassment.

What’s more, AT&T can see your browsing history and sell that data for a profit. But because your identity is hidden with a VPN, AT&T won’t know what you’re doing online. So there’s no way you’ll be bombarded with unwanted ads or even worse, government surveillance.

If you’re traveling around the world and you can’t watch your favorite TV shows, a VPN can bypass those restrictions.

All you have to do is to sign up for a VPN service with servers in the US, download and install it, and you’re good to go!

My AT&T Internet Is So Slow! Can a VPN Boost My Internet Speed?

Unfortunately, AT&T has one of the worst services according to Yelp reviews. Many customers complained that if they connected too many devices, the internet speed dropped considerably. And even AT&T admitted to throttling their clients’ speeds, just because they said it made the network too busy.

But can a VPN help you have better internet speeds?

Using a VPN makes your internet speed drop a little because of the encryption. In our tests, we’ve seen 30% slower speeds when we connected to a VPN server. Normally, this wouldn’t be a problem if you have high speeds so you could stream HD content or play games at a decent speed.

But if your AT&T speeds are very slow, a VPN can’t do anything to increase them – you’ll have to switch to a subscription that provides faster speeds. The only way a VPN can increase your speeds is if AT&T is throttling your data – the VPN encrypts your traffic, so your ISP can’t selectively slow down your connections any more.

Have You Used a VPN with AT&T?

AT&T is definitely the source of dozens of complaints that keep piling up every day. Most of them are related or throttled speeds even when the users didn’t reach their monthly data usage.

Have you ever used a VPN with AT&T? If yes, tell us more about your experience in the comments section. Did you see any improvement or did it make it even worse? Also, what are the most annoying problems you’ve experienced with AT&T? 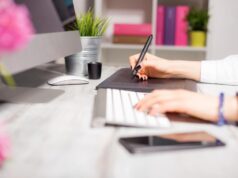 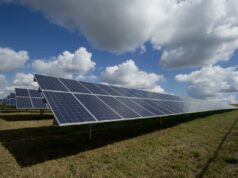