With Scott Cooper being confirmed as the director of the upcoming movie Antlers, it stands to reason that we would take a look into his past directorial achievements, what they achieved, and how they hold up nowadays. While the number of movies directed by him isn’t many that can be attributed to his other engagements, seeing the other roles he fills in the film industry as well as the Scott Cooper Miami Beach Project must be time consuming for the creator.

However, all his directorial work is very engaging and good.  That’s why we are putting together a list of best movies Scott Cooper directed, starting from the worst and going towards the best. It’s important to note that all of these movies are still good, some are just better than others. The list’s two key criteria are the overall quality of the movies and how wide their appeal is.

Out of the Furnace

Starting off with the movie that may be the hardest to summarize to a person without spoiling completely, we have Out of the Furnace. The story follows two brothers, Russel and Rodney Baze. Rodney is an Iraq vet that struggles to get over his past, finding it impossible to get a regular job. Meanwhile, Russel is a regular steel mill worker trying to get his brother a normal life. Instead, Rodney ends up gambling himself into debt and tries to cover it through bare-knuckle fights organized by John Petty, who runs multiple illegal businesses around the place. After a big match that’s supposed to clear his debt, Rodney disappears and his brother sets out to find him.

The movie has been labeled as a crime drama, drama, and crime movie but its relation with each of those genres is rather weird. There are criminals within the movie and part of the plot does focus on them but the movie lacks something firm in that genre to latch onto. This can make it uninteresting to regular fans of crime movies while the present elements could deter people who’d otherwise be interested.

It’s a drama but mostly due to lacking better classification. It contains drama revolving around characters but it’s not really something that carries the entire movie. It’s mostly used to set up the upcoming events rather than branching out into multiple subplots that could carry any weight. In fact, it wraps up the possibility of those very early on.

While it’s not a bad movie, it’s definitely a weird one to recommend. It could be classified as a revenge story but the revenge part doesn’t take that much of the plot either. In the end, it leaves Out of the Furnace difficult to recommend. The plot and acting are engaging, the mesh of genres may be off-putting to those with specific tastes.

If we looked at recent movies, very few of those would be westerns. The golden time of this genre has passed, now they crop up occasionally through some creator’s vision. Oftentimes, they are really good movies too so it doesn’t hurt to see them show up. The same thing goes for Hostiles, a 2017 Scott Cooper flick. This is a more involved western, engaging in some less comfortable themes of the Old West such as prejudice towards various tribes American armies engaged in wars with as well as gruesome violence that frequently occurred during that time. The movie follows Joseph blocker, a captain and a war hero who has engaged various tribes for twenty years, as he escorts a Cheyenne chief to his ancestral home.

Chief Yellow Hawk and his family are reluctantly joined by Blocker as an escort but only once he’s threatened with court-martial and the loss of his pension. Blocker takes a few men with him and sets off with the chief to his ancestral home.

The party soon happens upon a traumatized woman, standing over the corpses of her dead children. The woman, named Rosalee, retells the story of a Comanche raid on their land and the deaths of her husband and children. Rosalee is initially reluctant to join the party at all, seeing Yellow Hawk and his family in the party, but joins regardless. With the group now full, the long road begins. Throughout this trip, Blocker grows as a character and by the end of it, he’s a changed man.

As far as genres go, this movie has two that are firmly present. One is western and another drama. Both flowing a lot better than Out of the Furnace did in terms of mixing genres. Because westerns are so universally loved it’s easy to recommend it to just about anybody.

Now for a full-on crime flick. Black Mass is a 2015 crime movie directed by Cooper, its story is based on the written works of Dick Lehr ad Gerard O’Neill.  The movie follows South Boston gang leader James “Whitey” Bulger and his interactions with the FBI. The two start cooperating when a rival gang, who are a part of the New England Mafia family, starts making noise around the area. Whitey becomes an informant for the FBI once one of his gang members is killed by the rival gang’s assassin.

The FBI agent John Connolly is a childhood friend of Whitey and as such vouches for his position as an informant. However, Whitey isn’t willing to simply rat others out without gaining something in return leading to exceptional crime drama with a lot of moving parts.

While not everybody likes crime dramas, there’s no doubt that some classics such as Godfather have made this genre a lot more generally liked. The movie’s inspiration may give you some follow-up material to engage in as well once the movie is over.

And now for the movie that came first both in Cooper’s directing career and our list, Crazy Heart. The story of Crazy Heart follows an old and jaded Otis Blake, a country singer and songwriter who has never had luck with starting a family. He has multiple divorces behind him and only a single son, to whom he hasn’t spoken in 24 years. Blake lives from playing at small-town bars, traveling place to place frequently to make a buck.

His life changes when he meets Jean, a journalist who starts off as a writer looking for a story yet ends up in a relationship with Blake. From this point on, Blake has to face his bad behavior in order to turn himself into a better person for Jean.

Crazy Heart fits comfortably within romance and drama genres. Some of the most generally liked genres and the easiest to get people into. On top of that it has some nice musical segments that freshen up the scene. These elements together with the way the plot shapes up into an engaging reassessment of one’s life make this our top pick out of all Scott Cooper movies. 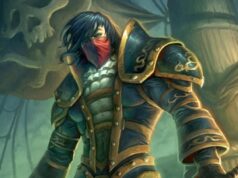 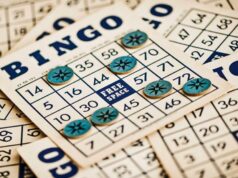 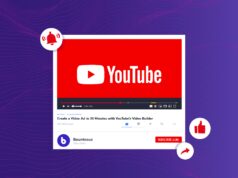