If you are new to gaming or are looking to invest in a gaming computer, you will have to choose between a laptop and a desktop. This is a classic dilemma that has plagued many gamers, especially in recent years as laptops have become more powerful, with some of them even rivalling some desktops in terms of performance. There are stark differences between the two, but it is their strengths that can make it harder to choose between the two. This guide is meant to provide some insight so you can better understand which of the two would be a better option.

While gaming laptops and desktops can do most things, some key feature differences separate them. A laptop is an all-in-one system with everything you need to start gaming right away. Their main downsides are that they can be harder to upgrade or impossible in some cases, and they can have limited wired connectivity.

Gaming desktops cannot be used without the necessary peripherals attached, which include the monitor, mouse, and keyboard. However, gaming desktops come with motherboards that allow a faster wired connection speed and can be customised and upgraded as you like.

The ability to take a gaming laptop wherever you like is a huge benefit for some people, especially those who use their laptops for more than gaming.

This is one area that has been confusing a lot of people in the past few years as laptops have become more powerful. There are now gaming laptops that come with very powerful components, such as the Lenovo i9 laptops with 11th and 12th-gen CPUs and very powerful 30-series GPUs. At this level and with laptops with similar RAM and storage, the performance between gaming desktops and gaming laptops is very similar, although gaming desktops still pull ahead.

However, things get confusing when you get into the mid-range or start looking at heavy workloads. Gaming desktops have better components and cooling, which means they can feed more power to mid-range components. This additional power, as well as cooling performance, leads to better performance.

When you consider workloads like video editing, CAD modelling and Ai processing, desktops also come out on top. Not only do they have components that can handle these tasks better, the superior cooling means they can use more power and push higher performance for longer before thermals start affecting performance.

For laptops with high-end components that produce a lot of heat, the laptop has to work harder to keep things cool. The additional heat can also be attributed to laptops concentrating their heat in a smaller area, which is typically under the keyboard.

The result is the fans spinning much faster because they are smaller. This leads to higher noise levels, especially for gaming laptops with inadequate cooling.

Things have got better, though, with laptop manufacturers using new technologies to keep things cool and stop the fans from spinning so fast.

With a desktop, you can use bigger fans that spin much slower depending on what your case allows. This means more airflow at slower speeds and noise levels.

Gaming desktops will always beat gaming laptops when it comes to customization. Apart from changing the look of the physical shell and some RGB lights, there is little you can change to change how your laptop looks. Additionally, some laptops are impossible to upgrade because some manufacturers solder parts like the RAM sticks into the keyboard.

With a desktop, you get a lot more customization options, including whole-system overhauls if you want. Apart from desktops like those from Dell under their Alienware brand that use proprietary components, you can upgrade whatever you want in a regular gaming desktop.

The ability to swap parts in a gaming desktop can also improve its lifespan, especially if you go with motherboards that support AMD CPUs, as these support several CPU generations compared to Intel’s one or two.

Buying a pre-built computer is typically cheaper than buying a comparable gaming laptop.

Why? Because the cost of the battery, the display, and making the laptop portable do not factor in when deciding the price of a gaming desktop.

What manufacturers and system integrators charge are the parts, the assembly labour, shipping, and extras like warranty and returns. There may be other add-ons, but these depend on the specific seller or manufacturer.

However, many gamers buy a gaming mouse alongside their laptops because playing competitively on a trackpad is almost impossible.

What about building one? When you build a gaming computer, you get more control over the components you would like in it, but you will be limited to what the market has to offer. For example, some components may not be available, as had been happening with graphics cards over the past two years, or some parts might be too expensive.

Value is tied to how much you get out for what you paid for the gaming desktop or laptop.

Gaming desktops are typically cheaper but offer better performance. However, they use more power, which can increase their ownership costs over their life.

Gaming laptops are more expensive and typically slower. However, they beat gaming desktops by being contained systems and portable. You do not need peripherals to use your laptop, but you do when you buy a desktop.

Laptops also fall behind desktops as they age. The lack of upgradeability might mean you end up using the same components for several years, whereas you would have swapped them out a long time ago on a desktop.

Get a gaming laptop if you need a portable computer, need a versatile everyday machine, and do not mind less performance. A gaming desktop is perfect for those who want value down the line, need the best and most powerful components, do not care for portability, and want more customization and upgrade opinions. Is There a Link between the Gaming Industry and Gambling? 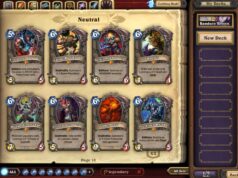